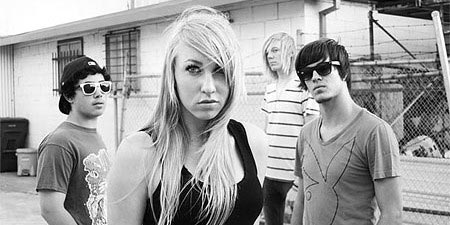 So, you’ve asked your teen for the 400th time to do whatever.

(It’s not like he/she’s actually heard what you said — your voice blends in with the background noise, mixing with the sound of text message alerts, video game soundtracks with the slurping sounds of friends drinking Big Gulps while armchair directing W.O.W.)

You scream in front of their “friends.” You’re yelled back at. Doors are slammed and just as the door is about to close, you hear the words: “What’s the point of doing this anyway?!”

The immortal call of the teen. Having been birthed in one of the James Dean movies (how did that turn out for him, again?) it is the modern cry of teenage angst. I guess a bigger question is: when did we become the old, crotchety guy in the cardigan saying, “What’s all this hoopla ’bout slicken yer hair back and yellin’ 23 skidoo?”

I seem to have mixed up my generational angsts.

Back to the 21st century: I was just Skyping with one of my younger clients, a bright, dynamic young lad of 14 who seemed to have the nervous habit of tapping continuously at his keyboard while we Skyped. When I occasionally asked why he was doing this, he responded; “I’m not doing anything! I just like to tap.”

This particular day, I must have said something that caught him off guard as he pressed the wrong button on his laptop and the sound of a snorting beast being zapped by a space ray filled the room. So there you have it, the moment of truth. There were so many ways this could go. I chose (as I usually do) left field.

(First, confirmation)
Me: So, you’ve been playing this game for the last six sessions while we’ve been Skyping?
Skeeter: Well, not all the time.
Me: Most of the time?
Skeeter: Yeah. Pretty much. It’s so addictive!
Me: I can understand that. But, you’ve been telling me that you weren’t doing anything, right?
Skeeter: Yeah.
Me: Can you see where I’d have a problem with that?
Skeeter: I guess.
Me: What do you think the problem with that is?
Skeeter: ‘Cause I was lying?
Me: And what’s wrong with lying?
Skeeter: It’s… Bad?
Me: Why is it bad?
Skeeter: I dunno.

One of the most powerful legal minds of the time, Edwin M.Stanton, wrote about the new president Lincoln’s governings as “the painful imbecility of Lincoln.”

Lincoln saw a greatness in Stanton that would help the country and brought him into Cabinet in January 1862, defending Stanton against all sorts of assaults by people who wanted him fired. Stanton was often difficult, but Lincoln took it all in stride. When Lincoln was assassinated, it was Stanton who said: “There lies the most perfect ruler of men the world has ever seen… Now he belongs to the ages.”

Lincoln was a man of great character that even his detractors could recognize.

I’m not going to ask you every time if you are still playing that game anymore. I’m just going to ask you one thing.
Skeeter: What’s that?
Me: Do I have your word of honour that you won’t play the game while we work?
Skeeter: Yes.
Me: Longer, please.
Skeeter: Yes, I give you my word of honour.
Me: That’s all I need. I know I don’t have to worry about that again.
(And Skeeter never did play that game during our Skype sessions again).

So, why do I tell you this story?
Because there is no answer to “What’s the point of doing this?”

There is only the opportunity to find some way to challenge a young person to want to be a person of good character.

I don’t know why we almost never see that in the movies anymore.

I don’t know why we don’t champion that in daily life anymore.

But gosh darn it (he said, bringing the pipe to his mouth while dusting off the simulation tobacco from his cardigan) maybe it’s time we brought it back!

See you in the funny papers!