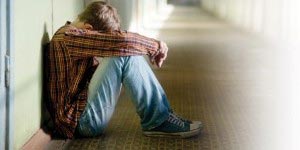 There is an epidemic of anxiety in teens these days.

Kid’s Statement: I never know what will trigger it but when the anxiety comes I lose all control and feel lost.
Fact: Most anxieties have specific triggers.
Question: How many attacks to you get?
Response: I’m always anxious. I get many attacks a day. I can have between four and six in a single class.
Ken: Are their times you can control them?
Client: Yes.
Ken: When and how.
Client: When they are not taking over. I can just calm myself down.
Ken: What is the range for your anxiety?
Client: My panic scale goes from 1 – 20. Up to six I can calm myself down. At 10, I’d stay home. 10 – 15 is a no man’s land. I’m a crying mess. At 20 I won’t remember saying or doing things. Over 10 I’m sort of out of control. Between 6 and 10 grounding exercises will help me snap back out of it.

Ken: What if I could show you a way to be anxiety free for one day a week?

Client: I would get anxiety without my anxiety.
Ken: That makes sense. Let’s find something that you would be OK having instead of anxiety. That let’s you feel safe. In command. And that you might prefer.

Result: Client now has two anxiety-free days a week, averaging two to three panic attacks on other days. Client goes above 9 once bi-weekly and the over-all scale is reducing in intensity. They are discovering that they can enjoy the healthy feelings they are choosing on the anxiety free day and have begun writing brilliant poetry.

Ken’s Comment: There is no way that this sort of issue  can be dealt with by close family members. It requires an outside life coach. Some might be too quick to medicate such a client. Although I am in favor of medication when required.  I do not appear that this client required it and in fact, they didn’t.

The setup for anxiety in teens and the way to avoid it.
4:00 p.m. on a Sunday afternoon. My day off. I hear my cellphone (that I forgot to turn off during our family nap) make the sound it does when someone has left me a Skype text.

It’s Victor (not his real name). An amazing kid. 11 years old. Brilliant. Funny. Some coping issues and he is asking if he can talk to me. “Ken can I talk to you for a little later in the evening if you can I want to talk to someone about a fear and your the best person”. I have worked on these sorts of things many times before with older clients but never someone of this age. I pick up the phone and we talk.

Since he has been very young he has had this recurring fear.

A fear that comes back several times each year. Sometimes an event can trigger it. Sometimes it just seems to happen. On those terror-filled days and sleepless nights, his parents are helpless to release their child from his terrors. They keep building and nothing works.

We spent close to an hour on the phone. The client and I had worked on breathing exercises in the past. Visualization exercises were incorporated to help Victor focus his mind towards positive thoughts. We mixed those up with some simple talk about his fears. His concerns and how they felt in his body when they would begin to appear.

This had an immediate effect of letting him focus on something new.

(There is more to the intake as to why I knew that diverting his attention would work).

We then added EFT (Emotional freedom technique). I don’t use this on a regular basis, but I really like the idea of having Victor doing tapping, focusing on breathing, and stating affirmations based on what he really wanted to focus on and had been avoiding.

All this brought him to a more relaxed state. At this point we brought in his mom. We determined that Victor should suggest three things that his parents could do when he was anxious at night that would be helpful.

None of what I am saying in this article is meant to be anything other than a case study and to show parents and young adults going through anxiety and anxiety in teens, that there are many ways to deal with these things.

2017 – Ken Rabow update on anxiety in teens and young adults.

It’s hard to believe but four years later, even more parents are coming to me dealing with anxiety in teens.

It is hard to know why things are getting worse out there but here is the good news. Mentoring young adults, giving them a place to be heard and not be judged for the anxieties. Allowing them to slowly build up good coping strategies: breathing; visualizations; better communication; and being listened to really works reduce anxiety in teens and young adults.

The wonderful part is when you remind them when they have a once-in-a-blue-moon anxiety event, how it used to be every day. It’s a great moment when they realize how far they have come.

For more articles by Ken Rabow on anxiety, click here

For a free consultation about how Mentoring Young Adults can help with anxiety in teens and so much more, click here.

If you wish to know the pricing for our mentoring courses, click here.